The Treasures Inside Notre Dame Cathedral 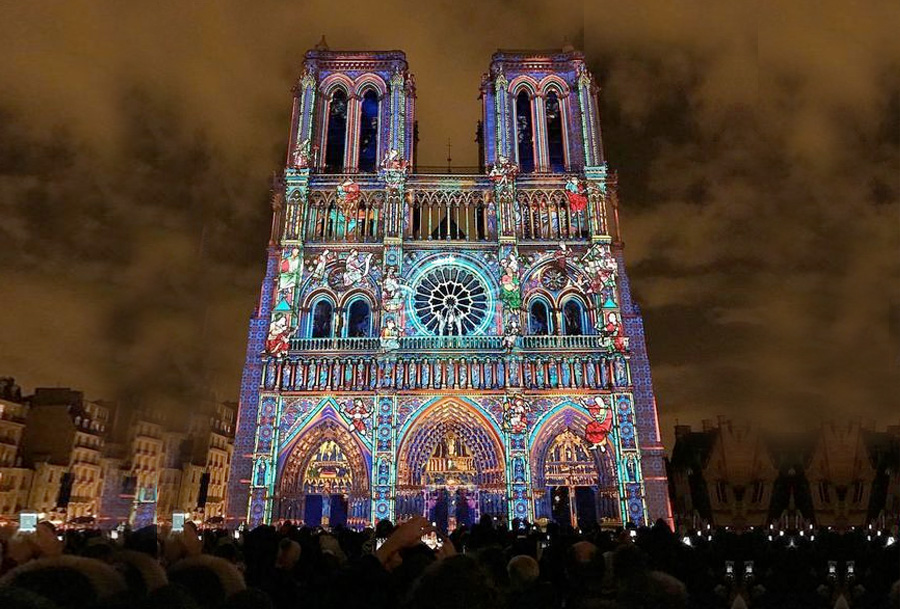 Posted at 00:02h in Uncategorized by VN
0 Likes
Share

Paris’s Notre Dame cathedral took more than 200 years to build and just a few hours to burn. The structure’s construction began in the 12th century; six hundred years later, it was rehabilitated by Napoleon in the 1800s. In the interim, kings were crowned underneath its monumental stained glass windows even as the city around it rose, fell, and rose again.

It has served as the setting of numerous historical events, including Napoleon’s coronation in 1804. In August 1944, a special mass in the cathedral attended by General Charles de Gaulle was held to celebrate the liberation of Paris from the Nazis.

The spire contained relics of Saint Denis and Saint Genevieve, the patron saints of Paris, according to Laurent Ferri, a curator in the Division of Rare and Manuscript Collections at Cornell University and former conservateur du patrimoine at the French National Archives. The archbishop of Paris placed the relics at the summit of the church in 1935 to protect the building. “They are now likely reduced to ashes,” Ferri says.

Firefighters, who had stopped the blaze from spreading to the cathedral’s iconic north belfry tower, said on Tuesday morning that the fire had finally been put out — more than 12 hours after it had started. Notre Dame’s facade, which is covered in gothic statutes and decoration, continues to stand but the fate of the building’s interior, which contains priceless relics, works of art, statuary, paintings, woodwork, and decoration—some of which were able to be recovered as the blaze was being fought—remains to be seen.

(*)The Treasures Inside Notre Dame Cathedral The cathedral, which caught fire on Monday, is a repository of European history.

Article By James Tarmy and Eugene Reznik via Bloomberg