Genius. The word beguiles, but do I really know what it means? (ERIC WEINER) 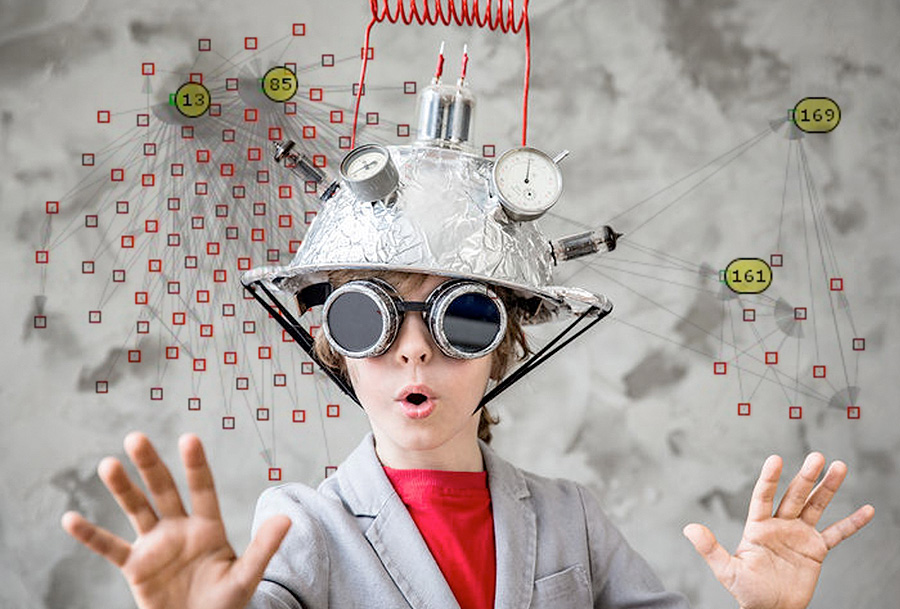 10 Oct Genius. The word beguiles, but do I really know what it means? (ERIC WEINER)

Posted at 00:02h in Philosophy by VN
0 Likes
Share

Almost everything in this world of illusion is a lie. That is why I ask my apprentices to follow three rules for seeing what is true. The first rule is: Don’t believe me. You don’t have to believe me, but think, and make choices. Believe what you want to believe according to what I say, but only if it makes sense for you, if it makes you happy. If it guides you into your awakening, then make the choice to believe it. I am responsible for what I say, but I am not responsible for what you understand. We live in a completely different dream. What I say, even if it is absolutely true for me, is not necessarily true for you. The first rule is very easy: Don’t believe me.

Rule number three is: Don’t believe anyone else. Don’t believe other people because they are lying all the time anyway. When you no longer have emotional wounds, when you don’t have the need to believe other people just to be accepted, you see everything more clearly. You see if it is black or white, if it is or is not. What is right now, maybe in a few moments is not. What is not right now, maybe in a few moments will be. Everything is changing so fast, but if you are aware, you can see the change. Don’t believe others because they will use your own stupidity to manipulate your mind. Don’t believe anyone who says she comes from Pleiades and she wants to save the world. Bad news! We don’t need anyone to come and save the world. The world doesn’t need the aliens to come from the outside to save us. The world is alive; it’s a living being, and it’s more intelligent than all of us together. If we believe the world needs to be saved, soon some- one will come and say, “Okay, a comet is coming, we need to escape from the planet. Kill yourself and boom! You will reach the comet and go to heaven.” Don’t believe these mythologies. You create your own dream of heaven; no one can create it for you. Nothing but common sense will guide you to your own happiness, your own creation. Rule number three is difficult because we have the need to believe other people. Don’t believe them.

Don’t believe me, don’t believe yourself, and don’t believe anyone else. By not believing, whatever is untrue will disappear like smoke in this world of illusion. Everything is what it is. You don’t need to justify what is true; you don’t need to explain it. What is true doesn’t need anyone’s support. Your lies need your support. You need to create a lie to support the first lie, another lie to support that lie, and more lies to support all of those lies. You create a big structure of lies, and when the truth comes out, everything falls apart. But that’s just the way it is. You don’t need to feel guilty because you are lying.

Most of the lies we believe simply dissipate if we don’t believe them. Whatever is not true will not survive skepticism, but the truth will always survive skepticism. What is truth is true, believe it
or not. Your body is made of atoms. You don’t have to believe it. Believe it or not, it is true. The universe is made of stars; this is true, believe it or not. Only what is true will survive, and that
includes the concepts you have about yourself.

We have said that when we were children, we didn’t have the opportunity to choose what to believe and what not to believe. Well, now it is different. Now that we are grown, we have the power to make a choice. We can believe or not believe. Even if something is not the truth, if we choose to believe it, we can believe it just because we want to believe it.

You can choose how you want to live your life. And if you are honest with yourself, you will know you are always free to make new choices.

Genius. The word beguiles, but do I really know what it means? It comes to us from the Latin genius, but it meant something very different in Roman times. Back then, a genius was a presiding deity that followed you everywhere, much like a helicopter parent only with supernatural powers. (The word genie stems from the same root.) Every person had a genius. Every place, too. Cities, towns, and marketplaces, all possessed their own presiding spirit, a genius loci, that continuously animated them. The current dictionary definition—“extraordinary intellectual power esp. as manifested in creative activity”—is a product of the eighteenth-century Romantics, those brooding poets who suffered, suffered for their art and, we’d now say, for their creativity, a word that is even more recent; it didn’t come along until 1870 and wasn’t in widespread use until the 1950s.

Some use genius to describe a very smart person—someone with a high IQ— but that is overly narrow, and misleading. Plenty of people with extremely high IQs have accomplished little, and conversely, plenty of people of “average” intelligence have done great things. No, I am speaking of genius in the creative sense—as the highest form of creativity.

My favorite definition of creative genius comes from researcher and artificial- intelligence expert Margaret Boden. The creative genius, she says, is someone with “the ability to come up with ideas that are new, surprising, and valuable.” Those also are the criteria the US Patent Office uses when deciding whether an invention deserves a patent.

Francis Galton was one of the first meteorologists. He coined the phrase nature versus nurture. He had an IQ of nearly 200.

Galton’s motto was “Count whenever you can!” To him, anything worth doing was worth doing numerically, and he once confessed that he couldn’t fully grasp a problem unless he was first able to “disembarrass it of words.”

The world did not pay much attention to Galton’s beauty map, but it did take notice of his landmark book, Hereditary Genius. Published in 1869, it delved deep into the family pedigrees of eminent creators, leaders, and athletes. Galton believed that these people owed their success to genetics, or what he called “natural abilities.” For Galton, genetics explained everything. It explained why one family might contain several eminent members and another none. It explained why societies with many immigrants and refugees were often successful, since these newcomers “introduced a valuable strain of blood.” It explained why some nations succeeded more than others (elucidated in a chapter with the unfortunate title “The Comparative Worth of Races”). It explained the decline of once-great civilizations—the ancient Greeks, for instance, had begun to intermarry with “lesser” peoples, thus diluting their bloodline. In the end, it explained why every one of his geniuses was a white man, like him, living on a small, gloomy island off the coast of continental Eu- rope. As for women, Galton only mentions them once, in a chapter called “Literary Men.”

Galton’s book was well received, and no wonder. It articulated, in scientific language, what people had suspected for a long time: geniuses are born, not made.

His notion of hereditary genius, though, was dead wrong. Genius is not passed down like blue eyes or baldness. There is no genius gene; one genius has yet to beget another. Civilizations do not rise and fall because of shifting gene pools. Yes, when it comes to creative genius, genes are part of the mix, but a relatively small part, somewhere between 10 and 20 percent, psychologists estimate.

The geniuses-are-born myth has been supplanted by another myth: geniuses are made. On the face of it, this seems true. It takes hard work, at least ten thousand hours of practice, over ten years, to begin to approach mastery, let alone genius, as one well-known study found. Modern psychology has, in other words, unearthed empirical evidence for Edison’s old saw about success being 99 percent perspiration and 1 percent inspiration.

This component, sweat, adds another piece to the picture, an important piece. The picture, though, remains incomplete. Something is missing. But what?

The Geography of Genius
Eric Weiner